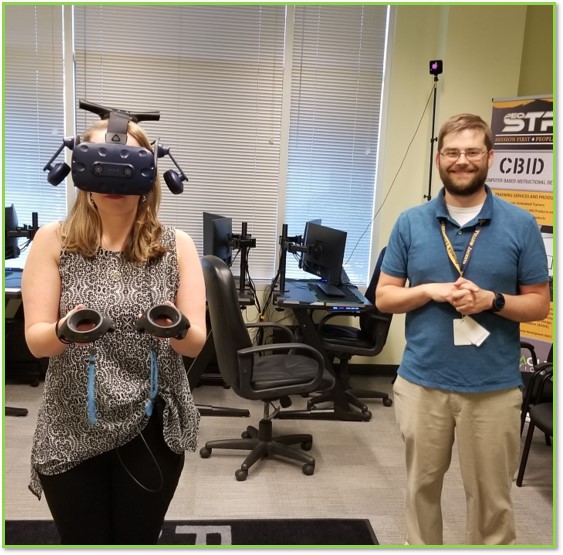 Pinnacle’s Motto “Innovative Technologies, Superior Results” was taken to another level during last week’s Virtual Happy Hour. The idea was to allow the Huntsville employees to use the company-owned virtual reality assets to play some of the VR games in various locations throughout the office.

Theron Davis got the idea from looking at all of the virtual headsets purchased for demos, innovation and testing for Pinnacle developed Virtual Maintenance Trainer and Embry Riddle VR Crash Lab application. Why not “share the wealth” with coworkers who might not normally get to use them. Theron cleared the idea with Management and started setting up games with Jason Terry in various rooms throughout the Huntsville office.

One of the games, “The Lab” by Steam®, features a set of different game “modules” that can be played with the virtual reality headset. Jason Terry, Shannon Kee, and Gary Bailey took turns calibrating a virtual catapult and fixing a broken robot in the Denali conference room. Theron Davis, Todd Kiker, David Phillips, and Brittny Wood were seen in the K2 conference room with a different headset. Finally, I found Andrew Mayes, Patrick Miller and AJ Ruggles in Jason Terry’s office doing some team building with “Keep Talking and Nobody Explodes”. They were diffusing a virtual bomb with a short fuse, with Andrew clipping the wires, while Patrick and AJ read instructions and asked questions. It was a very stressful situation, but they made it through without any (virtual) explosions.

Although the Happy Hour took place in the office, it was an optional after-hours activity and a good excuse for friendly coworkers to play some games together. And there was no actual alcohol consumed.

There will be future opportunities to enjoy Virtual Happy Hour gaming experience in the Huntsville office, stay tuned! 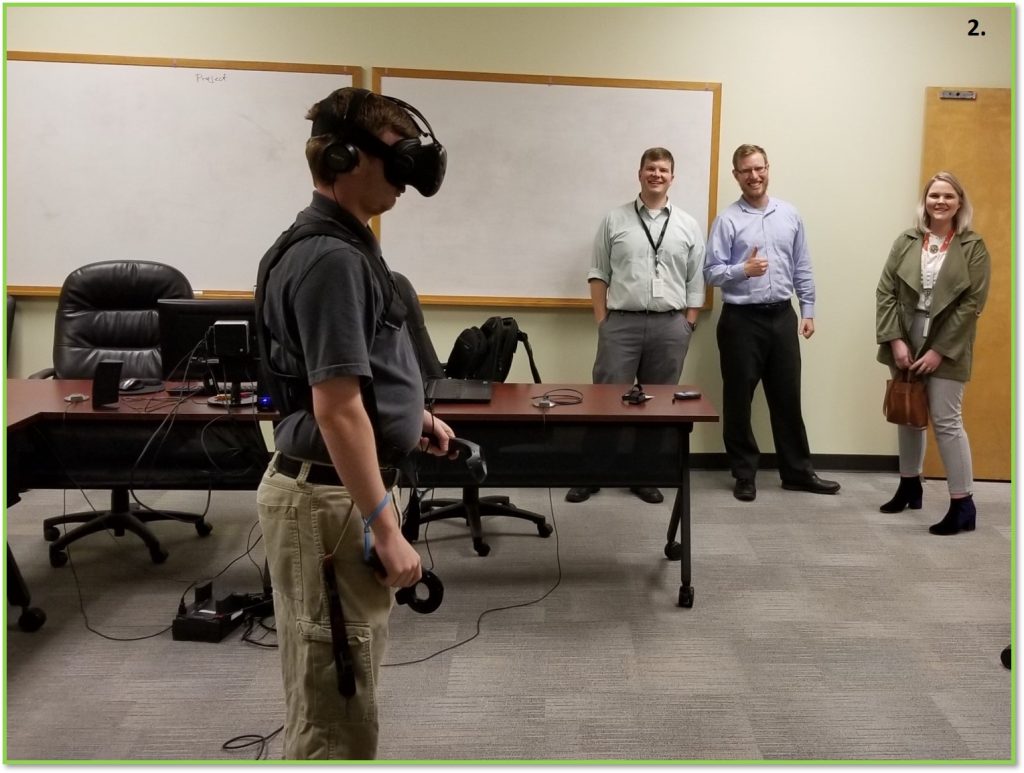 Todd wearing Oculus goggles, Theron, David and Brittny in the back 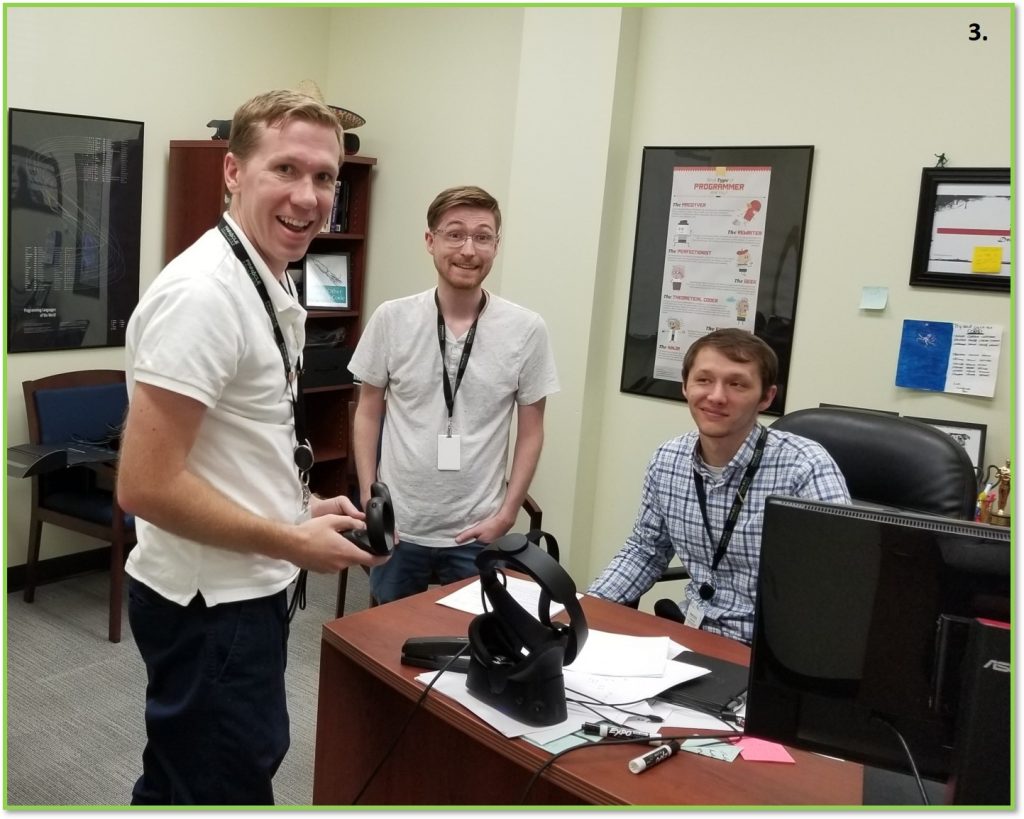 Andrew after diffusing a bomb with help from Patrick and AJ