Supporting Those Who Have Served 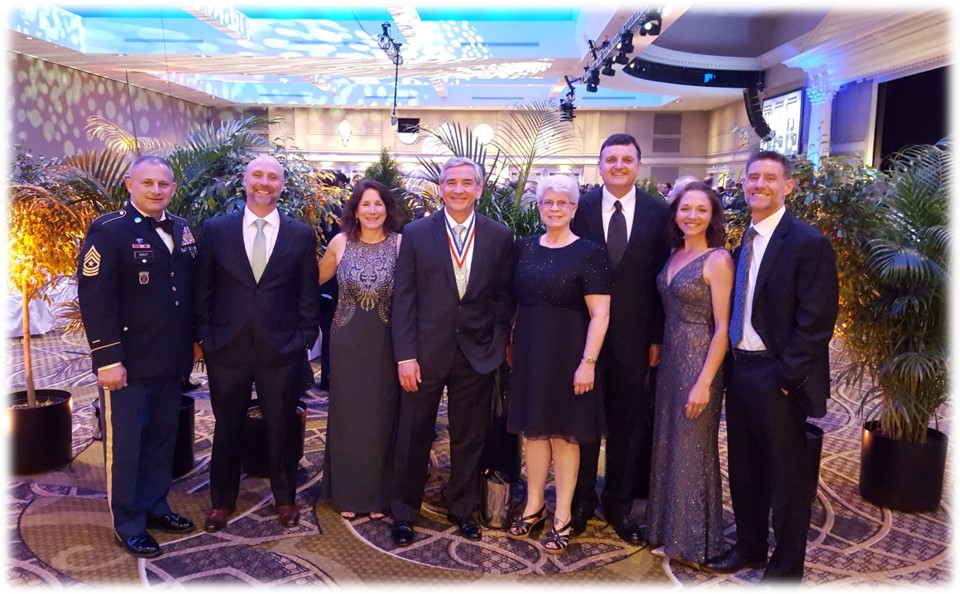 AAAA Summit 2019 is over and we are happy to call it a successful Business Development mission. Our seven-member team lead by Mike was busy for the two main days of the trade show. Besides a total of 26 scheduled meetings that took place mostly in our booth, we had numerous unscheduled discussions with various members of the Army Aviation community. Our team also received countless congratulations on the UAS IMS win announced last month.

Passers-by were drawn to our booth by our VMT marketing video and T.A.R.A.’s (Training Autonomous Robot Assistant) guidance through an IMI developed under CBID II playing continuously on our 65” Samsung TV. VMT demonstrations by Duke and Gary took place both on the large TV in the front of the booth as well as on the demo computer inside the booth, simultaneously on several occasions.

Some of the highlights from the Summit:

*Mike was one of the presenters on the Army Aviation Virtual Training & Simulation Panel organized by AAAA.  Although virtual maintenance training was not a primary topic of discussion, Mike had a chance to explain how emerging tools and technology have made virtual and augmented reality a necessary part of all future aviation training.

*The Pinnacle team met with representatives from the United Arab Emirates Joint Aviation Command.  They provided a status on the VMT contract and explained that they needed one last approval before finalizing the contract.  We expect that to happen very soon which would make this the first sale of the VMT.  It’s too soon to congratulate the team, but everything looks very positive!

*COL Rick Zampelli, Commander of the 128th Aviation Brigade/US Army Aviation Center of Excellence from Eustis, VA, accompanied by CSM Gonzales visited our booth as soon as the Exhibit Hall opened on Monday. A discussion about the potential use of our UH-60M VMT at the school house followed by a VMT demo were the focus of the meeting.

*Ms. Lisa Atherton, the CEO of Textron Systems, requested a short meeting with Mike to personally express what she wrote in her initial email: “I just wanted to reach out and let you know how excited I was to hear about the recent team award at Ft. Huachuca.  We look forward to being a good partner and teammate.”

Despite having a packed schedule on Monday, our team dressed up for the Hall of Fame Induction Banquet on Monday evening to see CW4 Robert J. Monette; COL Jeffrey Nels Williams; LTG Kevin Wayne Mangum inducted into the Army Aviation Hall of Fame and mingle with the army aviation government and industry leaders.

*Brig. Gen. Jami Shawley, the Commanding General, Army Reserve Aviation Command, Ft. Knox, KY was the last visitor to our booth on Tuesday afternoon and took her time to ask very specific questions about the capabilities of the VXT product line, especially the UH-60 VMT.

We have already started planning for AAAA Summit 2020 as this is one of the two large trade shows on our calendar.