Go Save Life and Get a T-shirt, Huntsville! 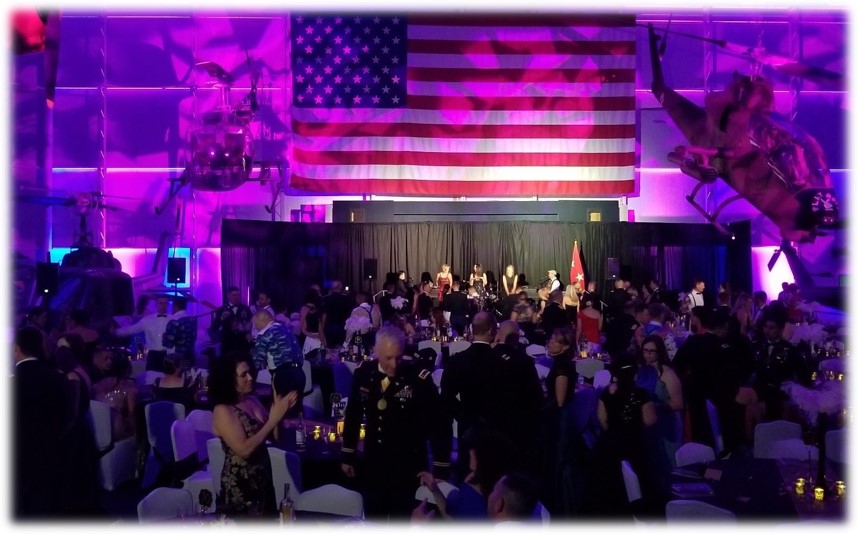 On April 27th, 2019 the Annual Aviation Ball titled “Night at the Museum” was held at the Fort Rucker Aviation Museum and hosted by Major General Gayler, Commanding General of the U.S. Army Aviation Center at Fort Rucker, AL. Pinnacle was a proud sponsor of the night’s Social Event and we received Thank-You messages from several attendees on LinkedIn and via email almost immediately after the event.

In early March, Pinnacle was approached by the representative from the Soldiers Service Center, Morale, Welfare and Recreation (MWR) at Fort Rucker with a request for sponsorship to help defray the cost of tickets for their soldiers. Taking into consideration our current engagements with the U.S. Army Aviation Center at Rucker, including the recently awarded UAS IMS prime contract, and our subcontract with M1 Support Services for the 10-year Fort Rucker Aviation Maintenance awarded in 2018, the Pinnacle Solutions Leadership Team (PSLT) voted unanimously to sponsor the event.

Pinnacle’s leadership is planning to return to Fort Rucker on a business development mission in July as exhibitors at the annual Aviation Industry Day!